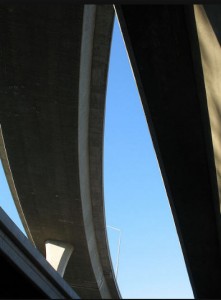 Sometimes it seems like today’s tech-centered economy has an express lane.

Those with in-demand high tech skills and specialized knowledge drive it while everybody else sits mired in a traffic jam of shrinking opportunities.

The difference is access to an onramp: Of high-value skills, niche opportunities, and an independent mindset.

There’s no reason you can’t get there, too.

But it’s not easy. The express lane requires specialized training, technical knowledge or specific skills. Most people zooming toward the future have paid their dues along the way.

Unfortunately, many of us didn’t get “express lane” training or knowledge or skills in school, no matter how long we went.

It’s Not Just You
It’s a very real issue, not only for those stuck in traffic, but for the economy as a whole.

Imagine what would happen to a traffic jam if a bunch of people suddenly switched onto the express lane.

Getting more people into the economy’s express lane is the answer to solving our economic traffic jam.

The OnRamp
One of the biggest problems job seekers have these days is finding an onramp to the 21st century economy.

We’re in the midst of an unprecedented burst in technological and scientific progress.

In all these areas, and probably many more, we are zooming into the future at a breathtaking pace.

People who can participate in these industries – or find ways to serve them – put themselves in the express lane of the new economy.

Problem is, it can be very hard to find a good onramp. If you tell yourself “I’m not a programmer.” Or, “I hated high school biology.” Or, “I’m terrible at math.” It can seem like jobs and opportunity in “new” skill areas zoom past in the express lane while you wait in traffic.

And if you’ve never considered yourself good at science or technology, it can seem like the barrier is just too high.

You Can
But don’t give up. The onramp to your 21st century career might be closer than you think.

You see, we’ve spent almost 20 years looking at, thinking about and tinkering with the way people learn hard subjects.

What we’ve discovered: Beyond “learning styles” and “learning strategies” and all those ideas the gurus throw around, there’s a very simple truth:

You can learn anything – anything – if you break it into small enough chunks.

That’s not big news. People have talked about “chunking” their courses and training content forever.

But we’ve also discovered that the size of the chunks matters.

Small chunks at the beginning, then bigger and bigger until you can handle full scoops.

It’s like feeding a baby. You don’t start by shoving half a carrot in her mouth, right?

You start with a tiny spoonful, then another and another. VERY soon, you’re using a much bigger spoon, then all too soon, you’re feeding her full-blown carrots.

We believe the same thing is true of learning anything. If you can puree and liquefy the first few lessons, very soon you’ll be eating carrots!

OnRamp Jobs
Everybody has to start somewhere, even if that somewhere is “over.” Coming soon from Canis Learning Systems, OnRamp Jobs, a job board dedicated to entry and re-entry level jobs for those with onramp skills.

How do you get onramp skills?

PreTutorials
Along with some very, very bright learning facilitators, we’ve discovered the big problem people have when they take on a big subject:

Somebody tries to feed them carrots too soon.

It’s really that simple. Pick up a programming book some time. Even a “dummies” style book or one specifically directed toward beginners.

Those suckers are huge!

And they’re packed dense with information that, frankly, isn’t useful to you. It’s theory or background knowledge.

You might need it some day. But not on the first day you’re learning how to program.

We’ve figured out that the onramp to technical skills is flat so that people can get on and pick up speed. Too steep and nobody gets going.

We’ve discovered that the onramp to technical skills is smooth, so that people can focus on just moving forward. Too many bumps and people get thrown into the ditch.

And we’ve discovered that the onramp to technical skills is straight, so that people can keep their eyes on the road. Too many sharp curves and it’s too hard to navigate.

We’ve created a set of “pretutorials” in high tech areas with the idea of making it easy for beginners to get onto the onramp.

How Pretutorials Work for You
Our pretutorials are built around a series of very brief, very focused lessons that have you actually practicing the skills you’re learning.

In the coding pretutorial, for example, you’ll learn to code by coding. Will your code be simple? Of course it will, at least at first. But you’ll be very surprised and pleased at how quickly you improve.

Same for our automation and biosciences pretutorials. (Coming soon.)

Look, it’s not your fault some teacher tried to shove an entire biology textbook down your throat. Or that some math teacher couldn’t explain *why* you’d need geometry or algebra some day.

Technology skills are the fuel to get you into the economy’s fast lane. If you didn’t get properly prepared in school, it’s not too late.

Our pretutorials can help you make up for lost time. And our programs can help you quickly prepare to tackle the 21st century’s career challenges.